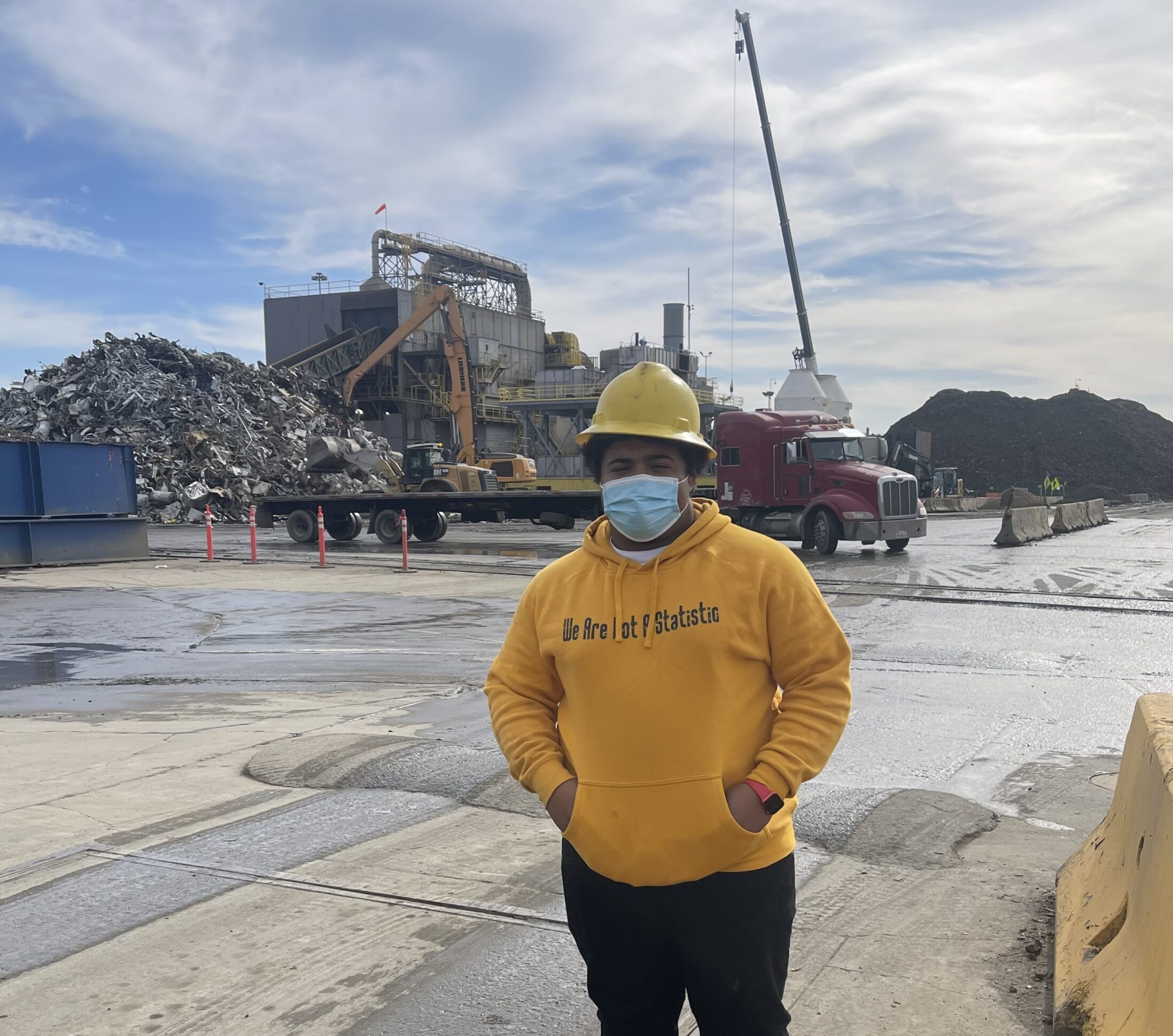 By SPAATNovember 12, 2021Partnerships
No Comments

Schnitzer employs a diverse and dynamic workforce of more than 3200 individuals across the US, Puerto Rico, and Western Canada. Schnitzer teams provide essential metals recycling and recovery services, helping to keep valuable materials out of the landfill, while conserving energy and natural resources.

“Skilled labor jobs like those at Schnitzer are essential to our national and global transition to a low carbon economy,” said Tamara Lundgren, Schnitzer Chairman and CEO. “Schnitzer Academy aims to bring talented individuals to the metals recycling industry, providing a platform for sustainable development throughout our local communities and beyond.” “I look forward to continuing our work with Schnitzer to expand both college and blue-collar opportunities to our African American students in West Oakland,” said Harold Pearson, CEO of SPAAT.

Dyllon Louis, SPAAT at McClymonds Alumni ℅ 2016, was recently hired at Schnitzer and the the first student to benefit from this partnership.

Dyllon Louis, is the first student to directly benefit from this partnership. He is a McClymonds and SPAAT alumni class of 2016 completed the engineering pathway at McClymonds. Dyllon was recently hired as an Account Manager Trainee out of the Schnitzer Oakland office. “I graduate from Grambling this Spring and this opportunity puts me in a place where I don’t have to worry about whether I’m going to be able to find a job.”

About SPAAT & McClymonds
SPAAT is a non-profit organization who has been supporting students in Oakland and at McClymonds High School for over 15 years to prepare for success in college, careers and life beyond sports. McClymonds High School is a public high school in the West Oakland neighborhood of Oakland, California, United States. In addition to being the third oldest high school (The School of Champions) in Oakland, it is the only comprehensive high school in West Oakland, operated
by OUSD.