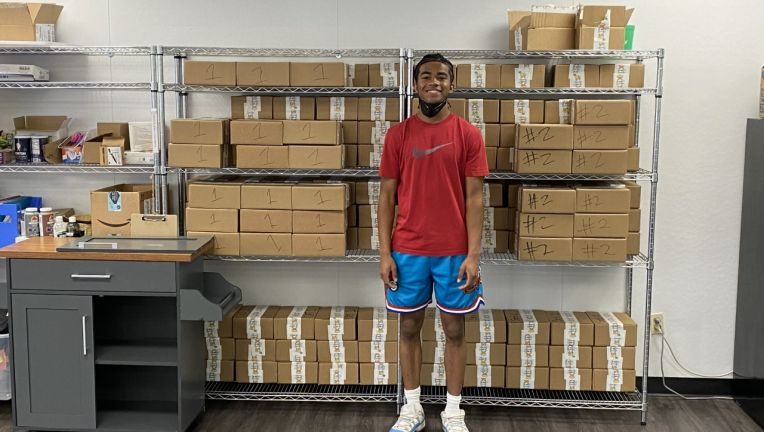 By SPAATApril 20, 2021Rising Stars
No Comments

OAKLAND, Calif. – When 18-year-old Ahmed Muhammad graduates from Oakland Technical High School next month, he will make history by becoming the school’s first Black male to be named valedictorian.

Muhammad will be recognized with the distinction of having the highest academic rank in his class, finishing his four years at Tech with a cumulative 4.73-grade point average (on track for a 5.0 GPA for his senior year). In addition, he received a score of 1540 with a perfect 800 in the Math section and a 740 in the Evidence-Based Reading and Writing section. On top of all that, he will leave his mark as a stand-out athlete who was an integral member of the Bulldog’s varsity basketball team.

These accomplishments certainly were not lost on the 11 universities he applied to, including Harvard, Princeton, UC Berkeley and Stanford, which have all offered him a spot in their student body.

“It feels amazing. I’m grateful to be accepted to any single college, but 11 of them? I had never imagined this,” Muhammad said as he shared the news with KTVU.

The list of academic achievements by this remarkable student is long. But he said his greatest sense of pride came from the work he’s done outside the classroom.

“I’m most proud of the impact that Kits Cubed has had on our community’s youth,” Muhammad shared with KTVU. 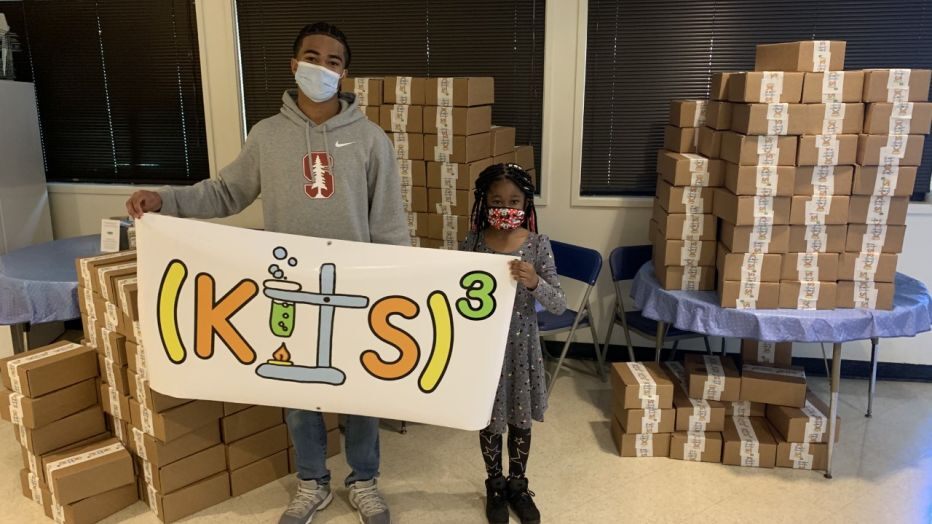 Oakland Technical H.S. senior Ahmed Muhammad founded science education company Kits Cubed. He will be his school’s first Black male valedictorian, after being accepted to all 11 colleges to which he applied including Harvard and Stanford.  (Ahmed Muhammad)

The teen founded science education company, Kits Cubed, which he started out of his garage a year ago, shortly after the pandemic began.

The company offers “fun, affordable” science kits, made up of many simple and basic materials like rock candy and a potato battery, giving elementary and middle school age kids hands-on and easy access to science material and experiments. 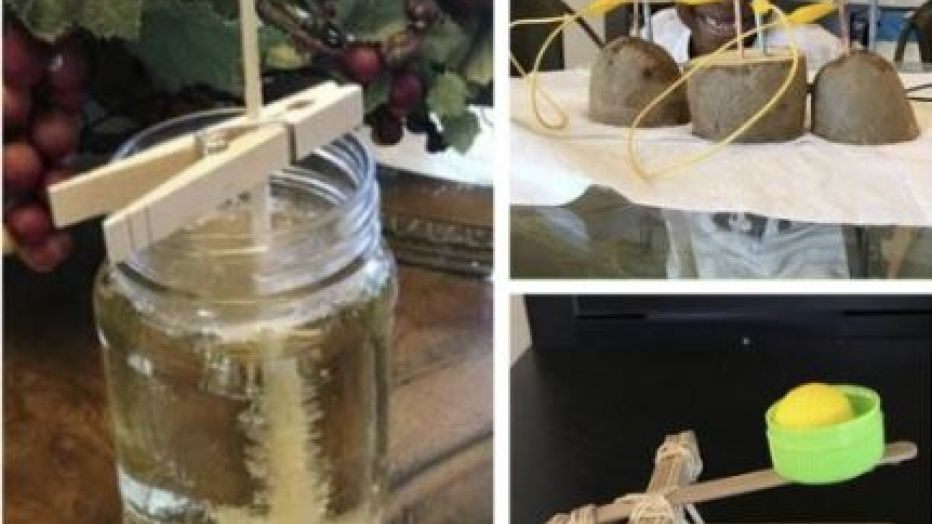 Muhammad said Kits Cubed sought to bridge a divide brought on by a culture that underestimated the skills and knowledge of many young students in minority communities in the fields of math and science.

Since starting the company as a little “backyard project,” it has grown to include a team of other young science-minded teens. It’s also been established as an official company with help from those in the community including former NFL star and Oakland Tech alumnus Marshawn Lynch, who heard about the work Muhammad was doing and reached out to the teen to offer his support.

To date, thousands of kits have been distributed to schools around Oakland and beyond. 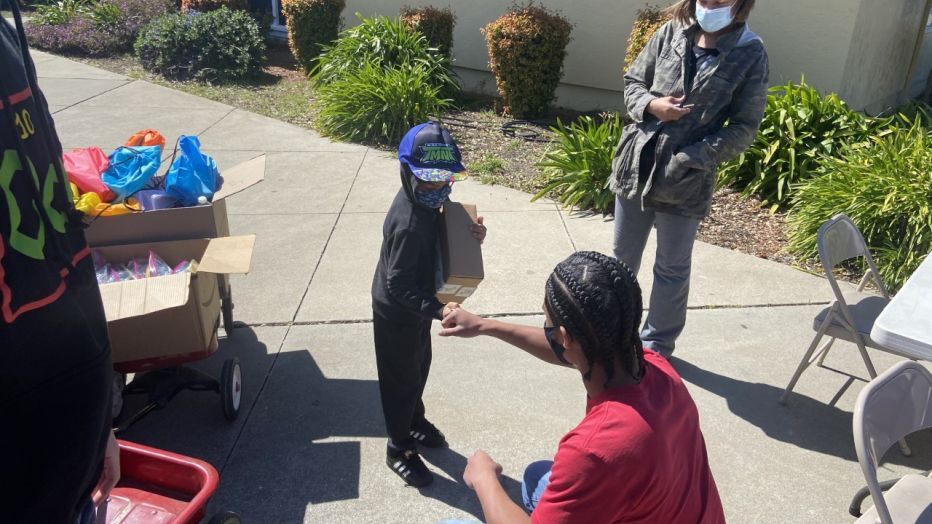 Oakland Technical H.S. senior Ahmed Muhammad founded science education company Kits Cubed. He will be his school’s first Black male valedictorian and has been accepted to all 11 colleges to which he applied including Harvard and Stanford. (Ahmed Muhammad)

“Founding Kits Cubed was the culmination of all of the valuable lessons I learned throughout high school from so many amazing people,” Muhammad said, and I’m glad we were able to create something meaningful before graduating.”

Developing the company has been deeply meaningful to the teen, because a big motivation behind his hard work has been to make an impact on young people in his community and to serve as a role model.

To that end, he’s also spent much of his high school years volunteering as a tutor and mentor to grade school and middle school age kids, who have also become a great source of pride to Muhammad.

“They are all doing so well in school,” he beamed as he told KTVU that he recently took some of his students on a camping trip for spring break.

For Muhammad, it’s about paying it forward, as he has benefited from mentors and role models in his life who have helped create pathways to success.

Those role models included Oakland Tech alumnus Akintunde Ahmad, who went on to Yale with a 5.0 GPA. KTVU featured Ahmad in a story in 2018 after he graduated from the Ivy League school.

“Akintunde’s story helped show me what’s possible,” Muhammad said, “and I hope that my story can serve as another stepping stone for Oakland kids. I hope they see that they can accomplish all that I have accomplished and much more.”

The person Muhammad identified as his greatest role model was his father, who along with his mother worked hard to offer their children every opportunity to reach success. His parents themselves did not attend university, so their son is poised to be a first generation college student. Muhammad’s mother immigrated from Cambodia and together with his dad began a real estate business, living out the example of what it meant to find their passions and to work hard, the teen explained.

His father also worked as a fire captain who spent 30 years with the Oakland Fire Department.

“He’s taught me everything that I know and continues to teach me each and every day,” the teen said. “By watching him I’ve learned what wisdom, hard work, passion, commitment, caring, and so many other values are, and I hope that one day I can be as great of a son as he is a father.”

For the “one day” in the not so distant future, Muhammad has a pretty big decision to make: his college pick. He has narrowed the choices down to either what has long been his “dream school” Stanford or as he told KTVU, “I’m seriously considering Harvard.”

It’s a big decision but not one the young man appeared to be stressing over too much. “If this pandemic has taught me anything, it’s to appreciate the present, so I’m just trying to enjoy the moment as much as I can. As long as I maintain my same values and morals, I’m looking forward to wherever my journey takes me,” Muhammad said.

While weighing those impressive options, Muhammad has also begun looking back at his time at Tech with a deep feeling of appreciation, even though it was truncated by a world altering pandemic.

“…it is a bummer that we didn’t get the full high school experience, but at the end of the day I am extremely grateful,” the teen shared. “I’ve met many amazing friends and classmates,” he said, adding, “I’m also so grateful for all of the wonderful teachers and counselors that I’ve had the privilege of learning from, and who push me to be the best student and person that I can be.”

And despite the fact that he lost out on the last two basketball seasons with the Bulldogs, he said the community he found in his teammates was one he will continue to carry with him. “My basketball team has morphed into a brotherhood, and I’ve created bonds with my teammates that will stand the test of time,” crediting Bulldogs varsity coach Karega Hart for his guidance and helping to shape him and his teammates into positive and upstanding young men. 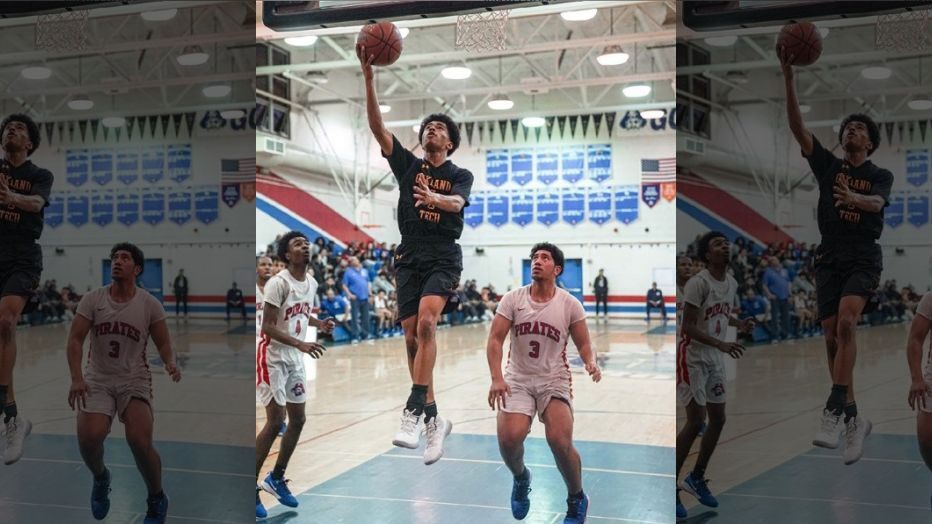 Oakland Technical H.S. senior who played for the Bulldog’s varsity basketball team will be the school’s first Black male valedictorian, after being accepted to all 11 colleges to which he applied including Harvard and Stanford.

“I got a family from Tech,” Muhammad shared.

And next month, that family will be marking a milestone to celebrate its first Black male to receive the distinction as class valedictorian in a school where Black students make up the largest racial/ethic group at 35 percent. It’s a milestone which Muhammad hoped will be noted by those who come after him.

“Being named valedictorian is a dream come true,” he said. “I hope that me being class valedictorian inspires others from similar backgrounds to do the same.”

No doubt the many successes in this teen’s life marked just the beginning in a future of endless possibilities.

Muhammad said he’s leaning toward majoring in engineering and computer science but will keep his options open, considering all that he’s gained from launching Kits Cubed.

“There’s so much to learn before picking a single path,” he explained, adding, “My work at Kits Cubed has also taught me the value of interdisciplinary studies, so I plan on studying concepts such as Public Policy and Urban Studies outside of my intended engineering focus.”

Once he starts college, Muhammad said he will take a less active role and assume a more executive position to work on company presentations, partnership, and outreach, while advancing plans to vastly expand the organization to impact hundreds of thousands of students. “Big goals, but why not shoot for the stars?” he asked.

He’s clearly already been shooting for the stars, and he wants the young people who hear his story to do the same.

“My advice is to never stop dreaming, and while in pursuit of your dreams, make sure to implement a foundation in your life that can serve you no matter what it is you want to accomplish,” Oakland Tech’s Class of 2021 valedictorian shared, adding, “Dreams are powerful and dynamic, and by having a foundation of good habits, you’ll be able to achieve your wildest dreams even as they, and you, change.” 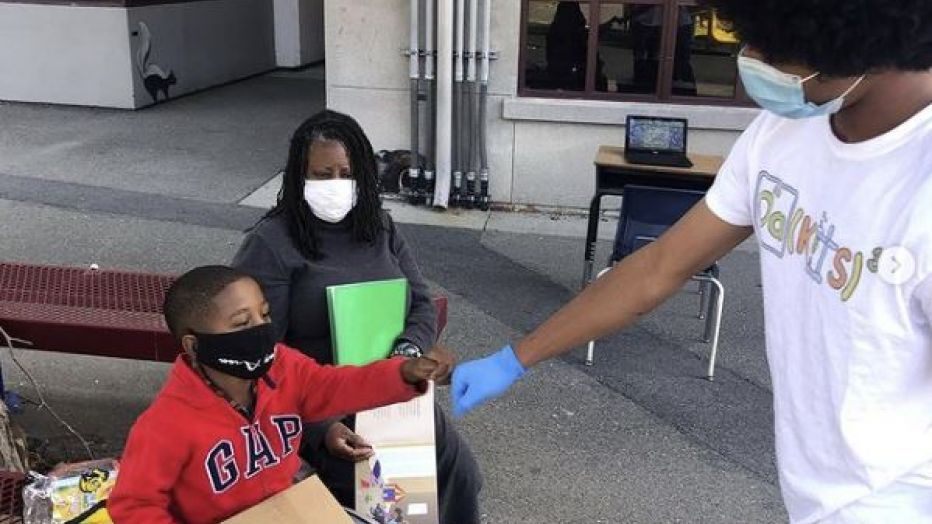 View the article at KTVU.com