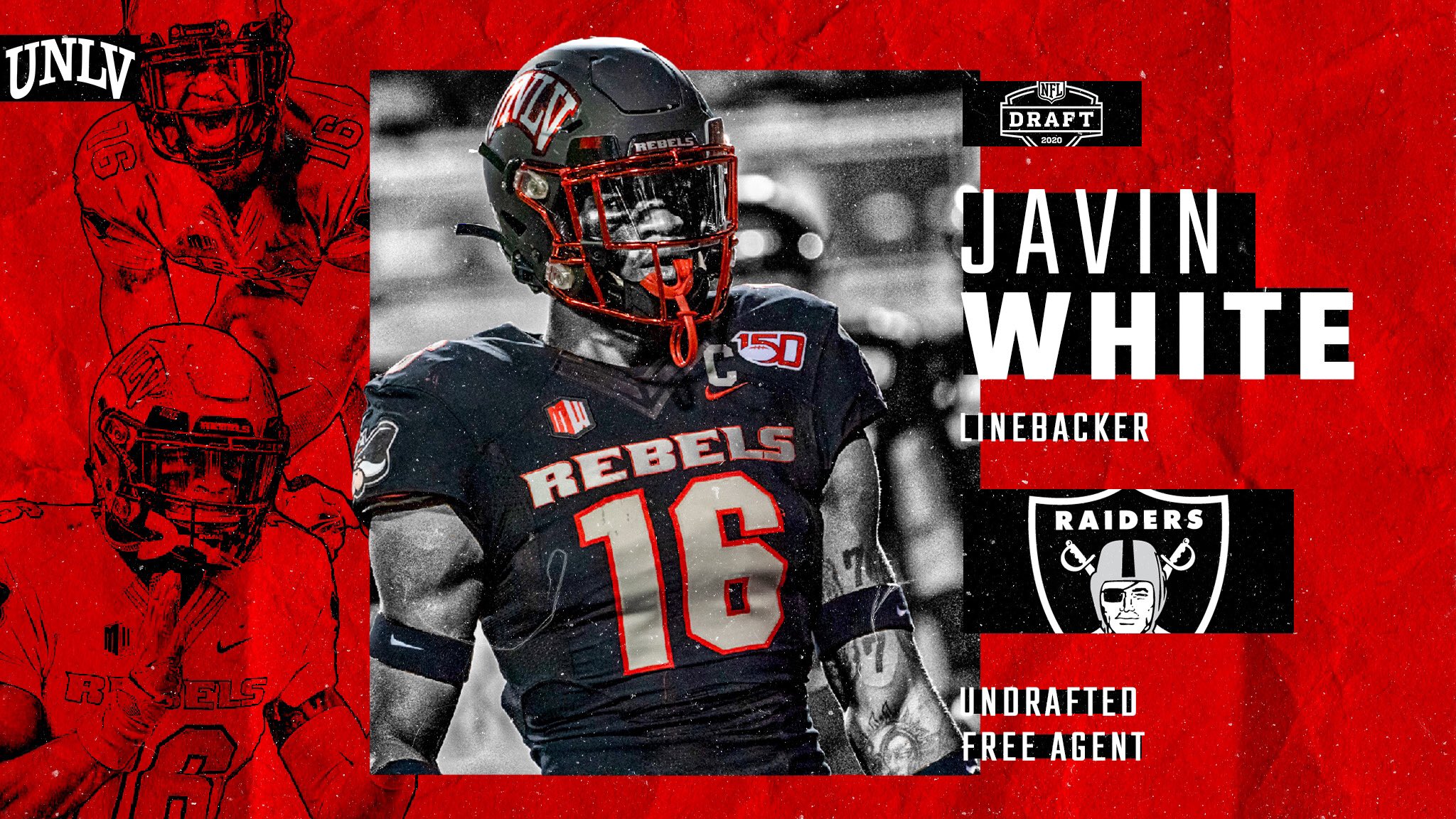 Two former SPAAT and Oakland student-athletes, Kevin Davidson and Javin White, have signed as priority free agents to the Raiders and the Browns after the 2020 NFL Draft.

OAKLAND, Apr. 28, 2020—Kevin Davidson of Princeton University and Javin White of the University of Nevada, Las Vegas, were signed as free agents after the 2020 NFL draft wrapped up Saturday night. Davidson will play for the Cleveland Browns and White the Las Vegas Raiders.

It is with gratitude and joy that the two players sign contracts with their respective teams. Both players have overcome obstacles in their youth and persevered with the help of their coaches, teammates, and mentors leading up to the draft.

Both Davidson and White were coached by legendary 3-time state championship coach, Michael Peters at the powerhouse football program at McClymonds High School in Oakland. His son, Baltimore Raven and all-pro, Marcus Peters, was the first of now three NFL players that Michael Peters has coached.

Cleveland’s head coach, Kevin Stefanski, called Davidson personally asking him to compete at the quarterback position. As Stefanski attended UPenn and the Browns’ General Manager, Andrew Berry, is a Harvard alumnus, they had an immediate connection through their shared Ivy League experiences. However, it was the Browns’ honesty throughout the entire process that really won Davidson over. During the draft, Davidson was under immense stress, being quarantined and tested for COVID-19 in Minnesota (and cleared), while also completing his 100-page thesis in time for his graduation in May 2020.

SPAAT’s CEO Harold Pearson spoke with both alums personally after the draft:  “The NFL Draft is so unpredictable,” says Davidson. “The toughest part of the entire process — even more than all of the all-star games, the NFL combine — is the interactions with NFL personnel and trying to understand which teams are truly invested in you as a player,” After conversations with two NFL teams, Davidson felt that the Browns were the best fit for him.

Javin White is thrilled to be signing with the Las Vegas Raiders. “Draft day was a long day,” says White. “Although I was disappointed to not get drafted, I am very excited about the opportunity to be a part of the Raiders organization and am eager to make the best of this opportunity.” 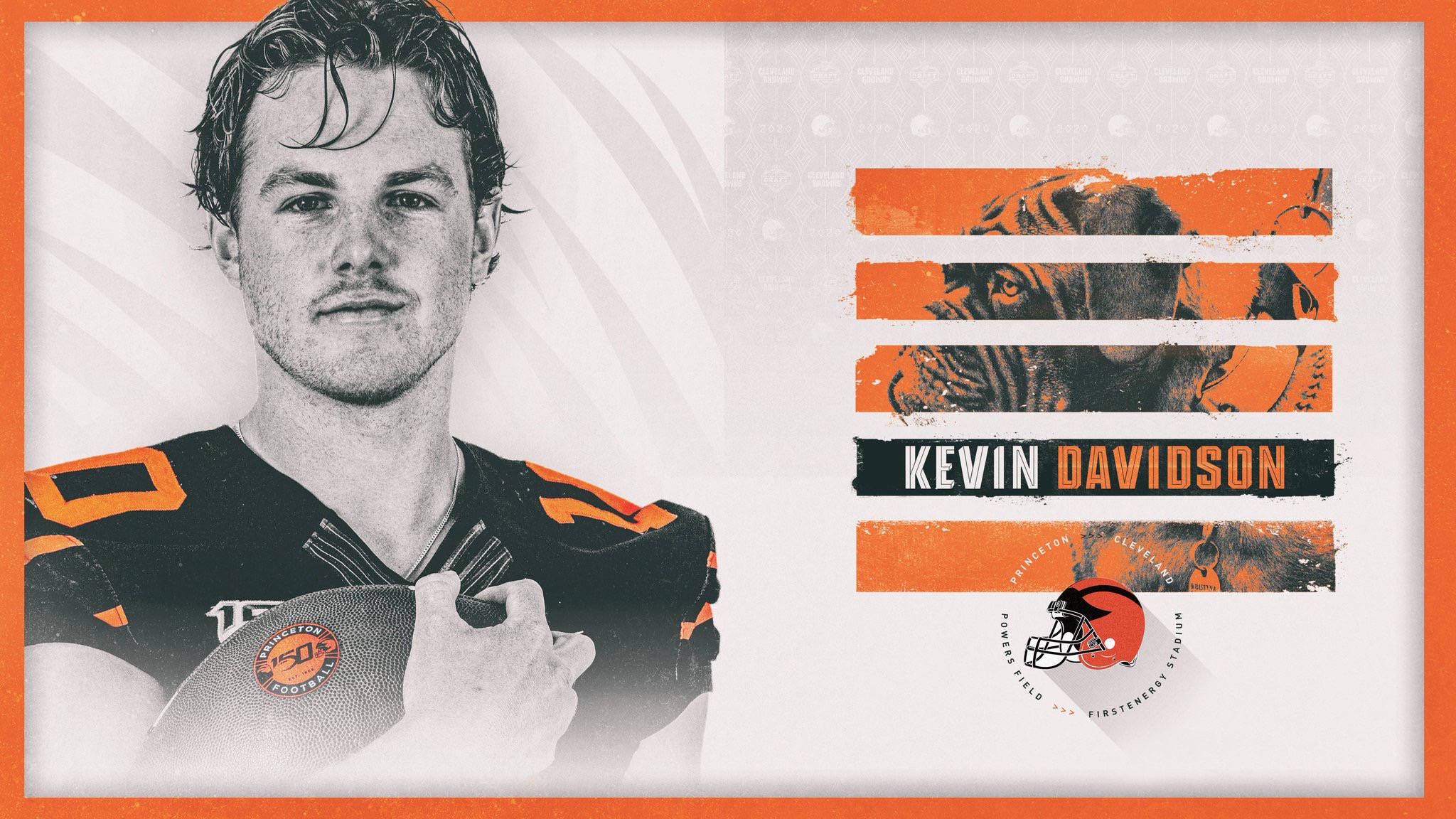 Davidson transferred from San Ramon Valley High School to McClymonds High School during his junior year where he went on to throw for over 1600 yards and scored 12 touchdowns in 4 games. In 2014, Davidson was deemed ineligible to finish the year at McClymonds for the rest of the season due to CIF zoning guidelines. Davidson finished high school at San Ramon Valley High before accepting a scholarship to Princeton University, his college of choice.

“Coming to McClymonds and playing for Coach Peters is where I developed a real love for the game,” says Davidson. “In a short time, I made a ton of relationships and friendships that I still maintain to this day. That doesn’t happen in high school sports,” he recently told SPAAT’s CEO.

Davidson was part of the Student Program for Athletic & Academic Transitioning (SPAAT)’s program at McClymonds High School for one and half years, during which he became a consistent honor roll academic performer. “SPAAT helped me get into a routine and taught me how important that is for everything in life.  All of their SAT/ACT guidance, tutoring, and general life advice game me the extra push I needed,” he recounts.

During his college years, Davidson studied US Military History and played quarterback. At Princeton, he initially sat behind other quarterbacks who are now in the NFL before getting his chance to start his senior year. Understanding the importance of mentorship, Davidson served as a mentor to other young athletes through the Fellowship of Christrian Athletes during his time at Princeton. “Many times in life self-belief comes from others. I learned that from my mentors at SPAAT and wanted to share that with other young athletes,” Davidson says.

White transferred to McClymonds High School during his junior year from Fairfield to Oakland to broaden his collegiate opportunities. Although he was an accomplished receiver, McClymonds Coach, Michael Peters, asked him to play defensive safety seeing that position as a better fit for him at the next level.

Coming to McClymonds and playing for Coach Peters really made an impact in White’s career. “If you let coach Peters do his job and guide you, he will lead you in the right direction, and change your life forever,” says White.

During his time at McClymonds, White was involved with SPAAT for two and a half years. He became a consistent honor roll academic performer and embraced academics in the same way he embraced football. “SPAAT gave me discipline and allowed me to understand that my school responsibilities and passion for football go hand in hand,” White recently explained to SPAAT’s CEO.

White attended and played for the University of Nevada, Las Vegas, where he studied Interdisciplinary Studies: Criminal Justice and Public Administration and played defensive safety and linebacker.